Flying Through (Our) Fear 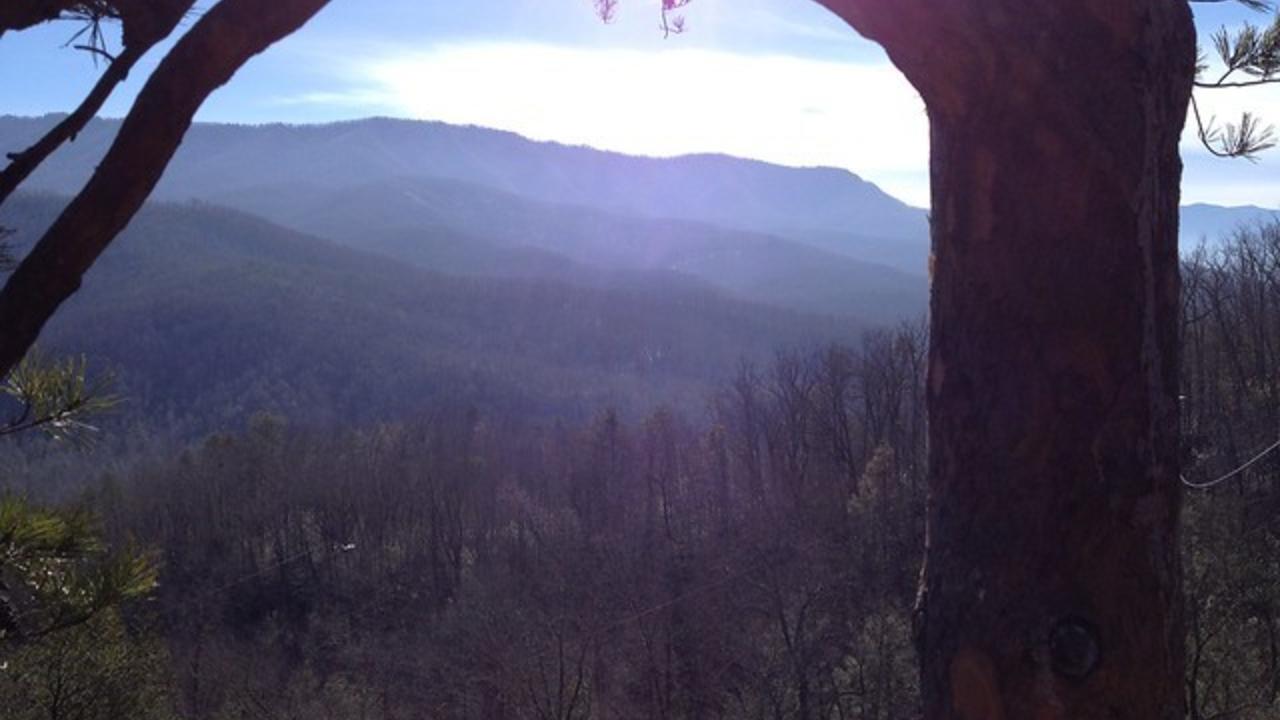 We were standing on the 3rd platform when I saw them…

…A tiny, clear line of tears in the eyes of the woman huddled beside me. She was smiling. From a distance she looked just fine, like she was having as much fun as the rest of us.

“You’re terrified, aren’t you?” Another small nod. I wrapped my arms all the way around her and squeezed, hard – holding her tightly between my own body and the trunk of the tall solid pine whose soft top branches surrounded us. 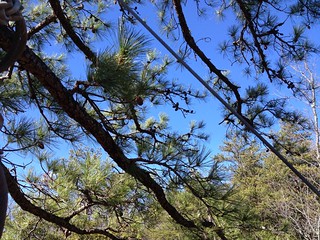 We were standing on a platform at the top of a tree, at the top of a mountain, just getting started on our Secret Adventure. The (truly) Courageous Women who’d joined me for the weekend knew there’d be a surprise somewhere along the way. That’s the “Secret”.

And this was it.

The CLIMB Works Canopy Tour, located roughly ten miles northeast of Gatlinburg, Tennessee, is a top-of-the-line experience offered by a top-notch company that’s not quite like anything else you’ll find around here.

Outside the noise that sometimes crowds the borders of the Great Smoky Mountains National Park, their is an oasis of uncluttered calm. With respect for the land and their participants, they are building a professional, sustainable, challenging and safe outdoor adventure center. I’d known for over a year that I’d lead a trip there sooner or later.

Their Canopy Tour is in fact a series of 9 (count ’em), NINE zip lines zig zagging their way down the mountain. They stretch anywhere from 400 to roughly 1200 feet in length, allowing you to zoom-ZOOM-zoom from the top of one tree to the top of the next with the panorama of the National Park as your companion for the day.

Pretty cool, unless you’re afraid of heights. And being afraid of heights, you know, just means you’ve got some (common) sense. It would be a couple of hours before we were on the ground again – which is a lifetime when you’re terrified.

I instructed her to keep her hands and her eyes on the trunk of the tree in front of us and to do that at each platform. “Don’t look down,” I said, “or out, just keep your eyes straight ahead. Feel how solid that tree is. Hold on to it. Draw strength from it. Notice how solid your harness is, too, and how you’re hooked in so completely. Remember that.”

When it was her turn to zip, I encouraged her to keep her eyes on the platform she was moving towards….“Don’t look anywhere but at Justin,” I said. He was the young man on the other end and one of our guides for the day. “Keep your eyes on your target, on where you’re heading.” She said she would.

Then she asked me a question.

“If I do this, does that mean I won’t be afraid of heights any more?”

“No,” I told her, “you’ll still be afraid of heights…But that won’t matter any more, because you’ll know you can do this anyway.” :)

So with that, she gathered up her nerve. We rechecked her harness. Ciara, the young woman helping us on the sending-side of the zips helped her get hooked in and gave her a few last minute words of encouragement. And she was off.

And then she did it again.

It wasn’t too long before I started seeing the transformation that I KNEW would come. :))

As she came zooming in to landing somewhere around the 5th zip, she said, “I think I could get good at this.”

About the 7th, I heard her saying, “I’m gonna bring my husband up here for his birthday…. It’s in March.”

Soon after that it was, “I think I’d like to bring my class up here…This would be good for the students.” Followed by a sheepish, “Wait ’til they hear what I did this weekend…”

And then we reached the tree they called “Walk the Plank”. Justin told each woman that she had to get a running start on a short platform extension, LEAP (!), and yell like a pirate with everything she had. 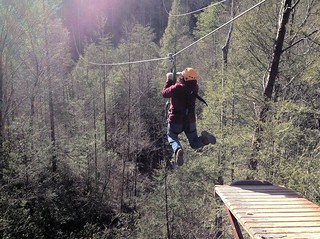 Let me tell you, this was a highlight of the day.

Because sometimes a mountain-shaking yell does a body good, you know?

And then her turn came. She gathered herself and took hold of the handle bars. She gave me a grin and, with almost no hesitation, she launched.

And when she did, THUNDER came from her (tiny) frame.

We all cracked up, laughing with joy. A rallying cry for Courageous Women was born, and her Transformation was complete. 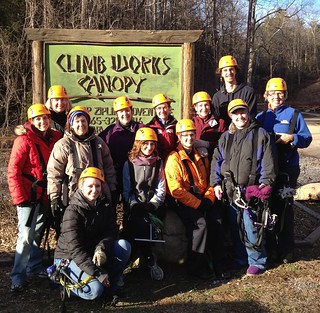 Later, there were a lot of tears. A lot of laughter. A lot of pride. Exactly as I’d hoped there would be.

The moral of the story?

When you’ve got to do something that scares you to death, remember this.

Turn your FEAR into FIERCE.

And you, too, will find your (own) Courageous Woman.