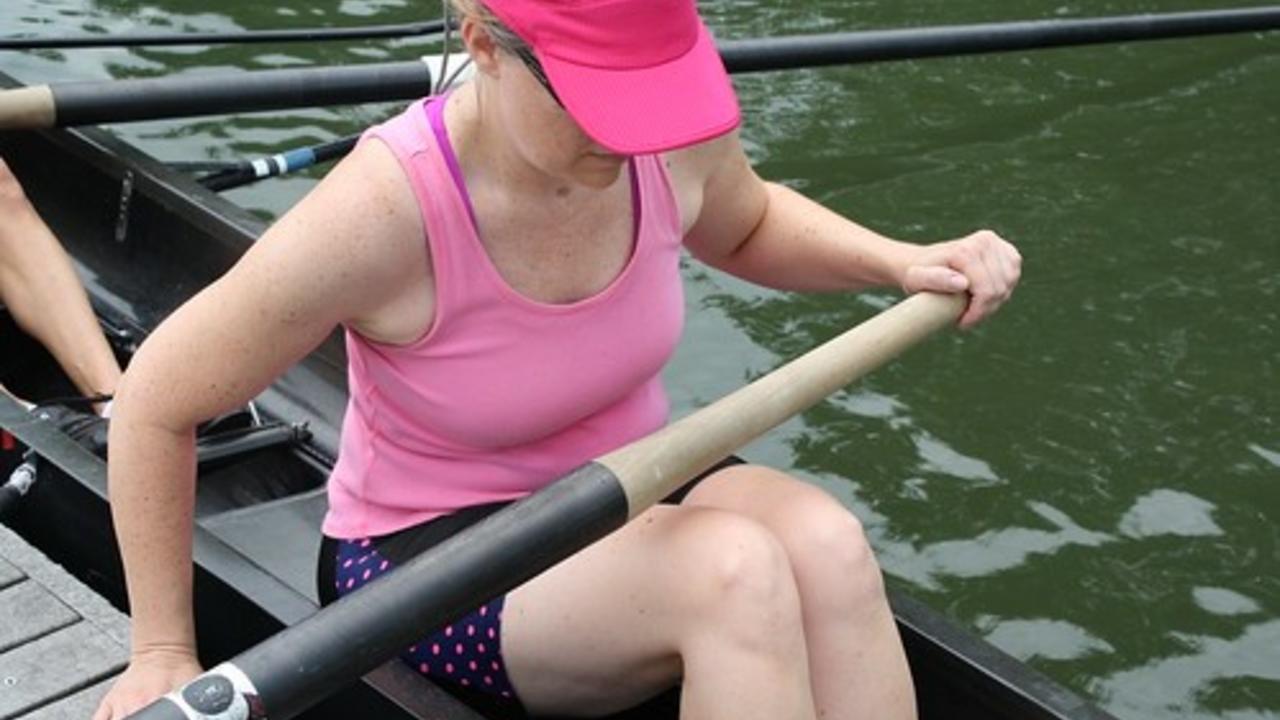 This is the second in a 3-part series on some of the other powerful lessons we learned from the river at last week’s Secret Adventure for Courageous Women. Previously, we’ve talked about creating your perfect (life’s) team, and about the importance of internal strength in meeting your goals.

Today? It’s all about Paying Attention. In a Big Way.

As I write this, families all over are preparing for the Big Deal of the Season in the small southern town where I live. Fall hasn’t started yet, but you wouldn’t know that – because it’s football time in East Tennessee, and football is serious business around here.

Two of our four local high schools, the Maryville Rebels and Alcoa Tornadoes, have been the state champions in their respective classes more often than not in recent years. Each of those schools has plenty to be proud of, and you can imagine the rivalry between them.

And today? They play each other. At high noon no less. I expect to see Clint Eastwood any moment now.

And ESPN2 is coming to town. I’m not kidding. This HIGH SCHOOL football game will be on national television. Amazing!

So the entire city has gone a little crazy.

It’s also Sunday, another important day in local culture – but churches are canceling or re-arranging their traditional services so their members can attend. Some say that over ten thousand will be there, a third of our population. With a daughter who’s a senior and part of the band, yes, we’ll be there too.

And all of this is a perfect mirror to another lesson we learned last week on the river, part of this series on 3 Key Principles to Rowing Your (Life’s) Way to Success.

I’ll guarantee you Coach Quarles and Coach Rankin are talking to their teams today about paying attention. You don’t become a state champion — repeatedly — without learning how to focus on what matters.

During last week’s Adventure, our rowers learned the same thing.

In order to move the boat forward, pick up any speed and slice through the water, you have to pay attention. And I mean pay attention with every thing you have, with every part of your mind and your body.

In fact, several rowers said that part of what they LIKED about rowing was that, on the water, worries fall away. There is no room for thinking about anything else.

Here are three ways that paying attention makes a difference on the water, and in your life.

1. FOCUS – In the boat, or ‘shell’, there is a huge temptation to look to the side and watch your oar in the water. To the inexperienced, it’s hard to ‘feel’ the position of the oar. Is it facing the right way? Are you too deep into the water or not deep enough? Are you keeping time correctly?

So, not surprisingly, our group was all over the place at first. Heads were turned left or right to check the oars. Up, to note the clouds in the sky. Out, to watch the bank and the pretty scenery floating by… Lots of things to look at and ponder.

But the two veterans in the boat never turned their head. They stared straight ahead with unwavering focus, whether they were actively rowing or not. (That’s one of them, Becky, in the picture, getting ready to push away from the dock.)

Number one was watching the coxswain (“cox’n”) right in front of her. The “two-seat” was watching her, intently.

In our lives, many things work to pull our attention away from the goal at hand. And there are times when it’s okay – even healthy – to let that attention wander.

But to move down the river, to glide forward towards your goals effectively, quickly, you must sustain your focus –and keep your eyes ahead.

2. COORDINATION – One of the obvious things about rowing, of course, is the beautiful way the oars look when they’re dipping in and out of the water in perfect, precise harmony.

Rising, pulling back, dipping, pushing forward, rising again… all in rhythm, all in sync.

The key to making that happen is watching the back of the rower in front of you. Literally. Don’t look at your oar. Don’t look at her, either. Watch her back. Match her movements as precisely as possible.

Watch her, or him. Study her movements. Match his steps, as precisely as possible, especially when you’re trying to learn a new skill or work your way forward in an organization.

On the other hand, when you’re out front, you set the pace, and your team should follow you. Keep that in mind, too. :)

3. LISTENING – It is true that women love to talk, but not this time. Other than an occasional word of encouragement, there was almost no talking among this crew.

Instead, they were all focused, fully tuned in, listening closely, as Coach Dooley gave specific instructions to each individual.

“Watch your wrists, 3-Seat!” “Notice how you’re pulling with your arms instead of using your legs…” “Hold your oar flat against the water, 5-Seat…”

I think they were also listening to their bodies, to their oars, to everything in their world at that moment.

How about you? What gets in the way of your paying attention?