LIFE APPS from the RIVER, Part 1: 3 Key Principles to Rowing Your (Life’s) Way to Success 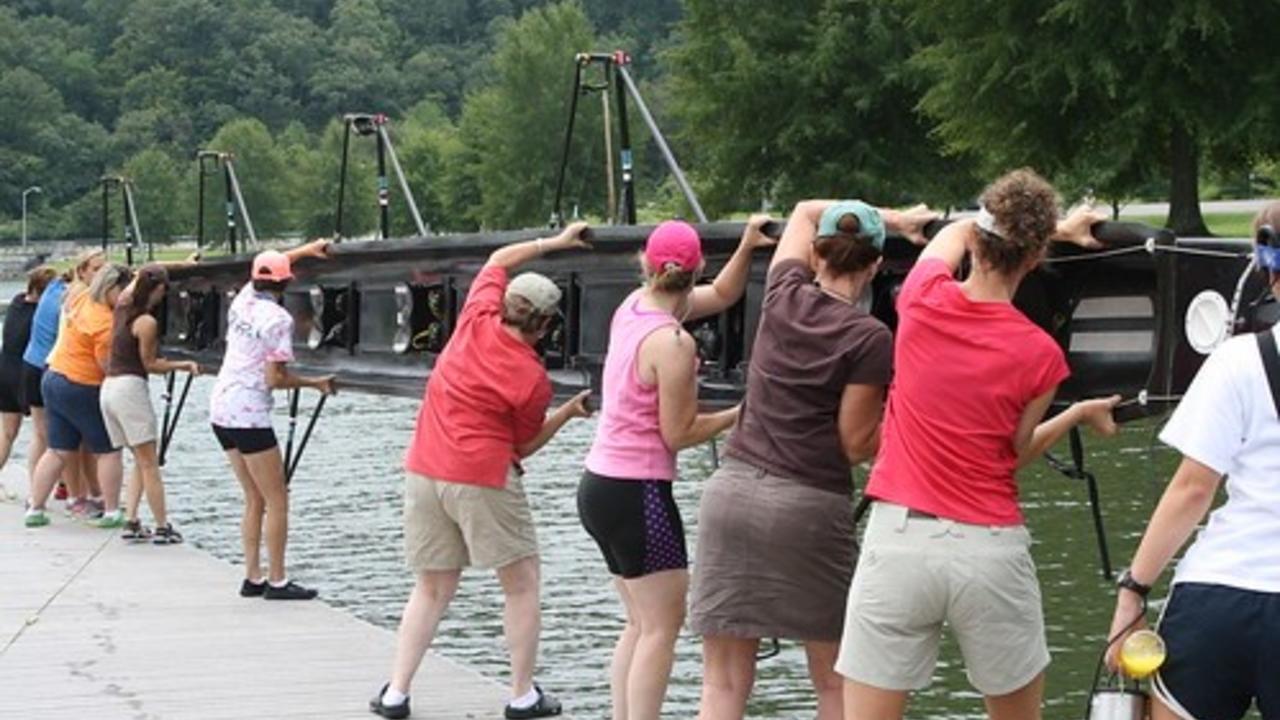 As I think about it, there were many powerful lessons we all learned during our rowing trip on last week’s Secret Adventure for Courageous Women. In addition to building the foundation of a perfect (life’s) team, there were other keys to success that helped us move sooooo far down that beautiful flowing river.

I think they’ll help you move forward too.

Of course, when you’re part of a rowing crew, you’re actually moving backward as you paddle, but that just messes with my metaphor, so we’ll have to ignore that part. :)

3 KEY PRINCIPLES to ROWING YOUR (Life’s) WAY to SUCCESS

I won’t kid you. Rowing is harder than it looks. (Look at that picture. Is it not the coolest thing to see a group of women lowering something THAT big to the water?)

Pulling is even harder if the current’s strong, or the wind’s up, or you didn’t get enough sleep last night, or if you’re battling any number of other things.

But then LIFE is harder than it looks. Sometimes you have to find internal strength that you didn’t know you had, to get where you really want to go.

Here are 3 ways that strength helps carry you forward – on the river, or in your life.

1. POSITION — Each person in the boat plays a very specific role, and the success or failure of the crew depends on each person carrying out that role with precision, and strength. You, too, have a number of different roles in your life: mother/daughter/sister/spouse, employer/employee, friend, community member, and many others.

Make it your goal to do YOUR best in whatever role you find yourself in at the moment, and expect the same out of those around you.

Doing so builds the strength of the whole – whether that “whole” is your family, your business, or your community.

2. EFFORT— The truth is that all 8 members of that rowing team could pull that boat out into the water and just sit there. They’d still move. In time, the current will carry them somewhere.

Same thing applies for you. I don’t know where you’re heading – raising great kids, building a great business, growing a great community, or just being your best Self.

But whatever your goal, if it’s worth anything at all, it will take ALL of you to reach it.

3. ENDURANCE – One of the absolute keys to success in any part of your life is that of endurance. Sometimes you’ll find yourself so tired, so overwhelmed and worn out, that everything in you will want to lay down the blankety-blank oars and just float – even if that means you might float right over a waterfall.

By all means, pace yourself (see Principle #3) but reach deep. Don’t quit. Find a way. Far too many people quit JUST before they reach their goal. To win whatever life race you’re in, you’ve got to stick with it.

Pull through – not by yourself, but with the other members of your (life’s) team – and get yourself back to the dock.

That’s when you can rest. And break out the watermelon. :))

In the meantime, what do you think?

Does internal strength matter? Why or why not?

What’s YOUR secret to finding it when you need it?