LIFE APPS from the ORCHARD, Part 1: Unplugging is Delicious 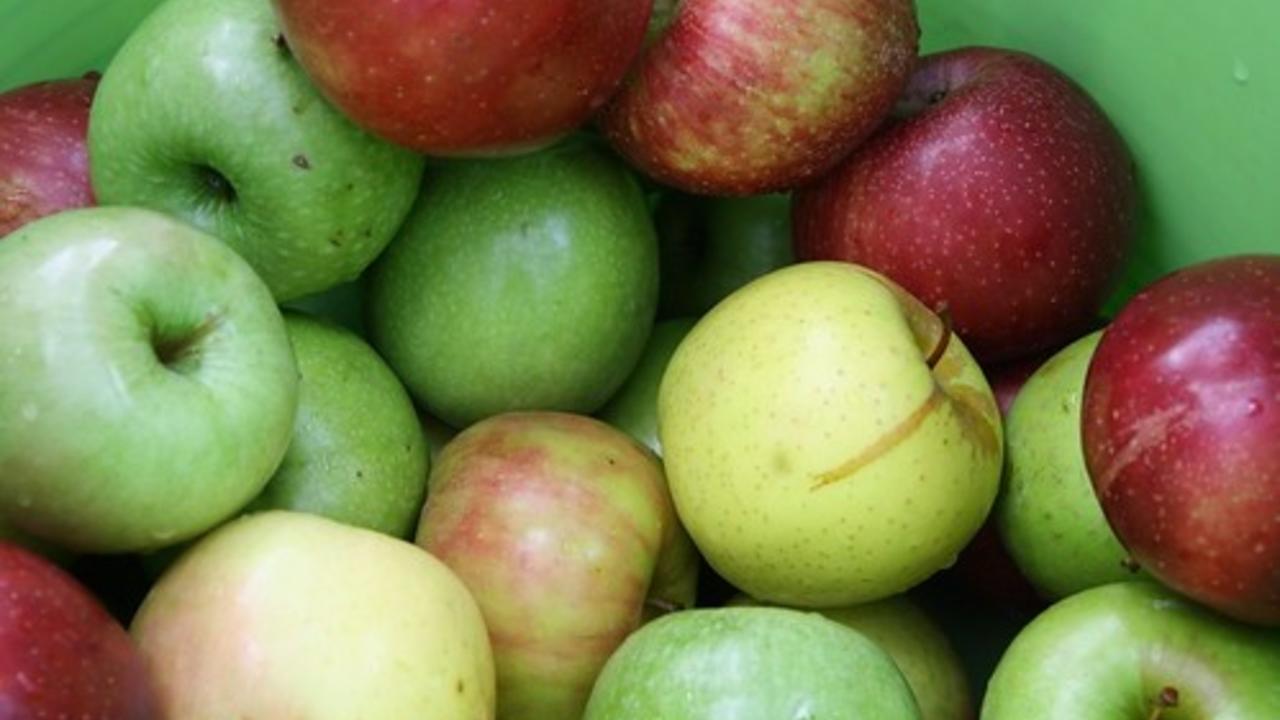 Cell phones. Email. iPads and Kindles. That vague unease you get when you realize you left your phone in the car and haven’t checked your Facebook status in, what, 20 minutes? (And I thought it was bad when Gameboys took over the house!)

So yes, modern life is a little crazy. Obsessive even.

But it doesn’t have to be that way, especially when we – as women – create time and space to do the things that help us reconnect with family, friends, the earth, our selves. Sometimes, the best way to do that is also the simplest.

Like chopping up a bushel of apples with your closest girlfriends. :) 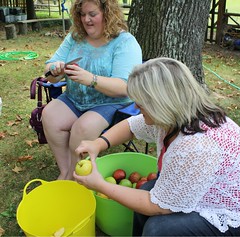 Last weekend, a group of Courageous Women gathered here in Maryville to venture out for an afternoon of surprises. They had no idea what they were getting into – but they didn’t care. They were already an adventuresome bunch who were just out to make a few friends and have a little fun.

Heck, one of our newest members, Barbara Finch of Knoxville, told us about her recent trip around the country where she drove over 7,000 miles. Solo. 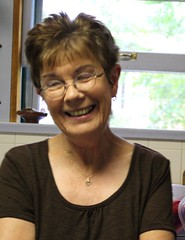 Just because she wanted to.

After introductions, we piled into cars and headed off to Somewhere… and this month, that somewhere was the Liles Acres Organic Farm in Maryville, owned and operated by the inimitable Sherry and Russell Liles.

I promised my adventurers that they’d discover a hidden local treasure on this trip. That treasure was Sherry and Russell.

With their guidance, we sat in a circle under the shade trees, chopped a BUNCH of apples, tossed them into a cider press (which I’d seen before but had no idea how to use), and filled several mason jars with the sweetest apple nectar I’ve ever tasted. 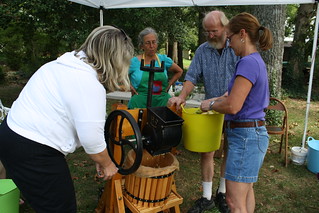 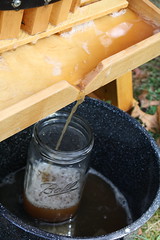 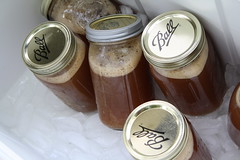 With their guidance, we took a portion of those freshly sliced fruits, boiled ’em down on the stove, pressed them through a collander, and made our own, fresh, sweet apple sauce.

With their guidance, we took a portion of that sauce, added it to a luscious combination of sugar, various mm…mm…good spices, some plain flour AND a little almond flour, tossed in some chopped up nuts and fruits (Almonds! Apricots!) and baked a bunch of muffins.

And they were the sweetest, softest, most delicious muffins I believe I’ve ever had. 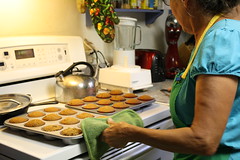 (I’d never heard of almond flour, which may tell you something of my culinary experience. Or lack thereof. But can I just ask? How in the world do you get flour out of an almond??) 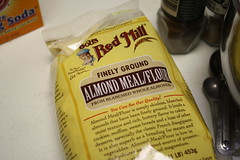 With their guidance, while the muffins cooled, we took a nice walk to visit the rest of the farm. We said hello to the llamas and got to pet the angora rabbits.

This, then, is the lesson.

CREATING TIME and SPACE to unplug from electronic intrusion is a powerful way to beat back stress.

TRYING SOMETHING NEW, even something as old fashioned and simple as pressing the juice from an apple – builds confidence.

Then we had a muffin, enjoyed a cup of cider, and just talked.

At the end of the day, I asked everyone to share one idea they had for some simple, old fashioned fun they would try at home. What would it be? And who could they ask to help them pull it off?

Every single one of them came up with a different idea – all of them wonderful and creative. I’ll share those with you next time.

But for now, how about you?

What simple, old fashioned fun might YOU try this weekend?

And who will you ask to join you?

Want to get in the loop to know about our next Secret Adventure?

Tell me so in your comment below and I’ll be sure you get an invitation!

Here’s the fall calendar, and here’s a post about the new level designations, to help you out.

Click here to see the pix from this trip on Flikr.