Courage in Action: A Courageous Woman Runs (Her Own) Race

Allow me to introduce you to a Courageous Woman.

Kim Lauth, COO of the Girl Scout Council of the Southern Appalachians, is a force to be reckoned with, though she hasn’t always known that about herself.

Last year, we did a little coaching work together. She wanted to build on her strengths, to get better at recognizing, claiming and owning the Courage (and Confidence) that she clearly carried within her.

In no time at all, she figured things out. And since then, she’s blossomed in a way that has brought tears to my eyes. One of the many ways she’s claiming the life SHE wants, is by taking on challenges that would have stumped her in the past.

And one of the biggies was her decision to join Missy Kane’s Biggest Winner Weight Loss Challenge Team for 2013. Their goal? Train for a marathon, half marathon or 5K to be run in April of this year.

Yeah. That’s what I said.

For some of my Courageous friends, this might not seem like such a big deal. To women like Kim (and ME) though, this is a doozy. :)

So no, it hasn’t been easy for her- but Kim has long held a dream of getting healthy and physically strong. The Courage that she’s showing in this experience is incredible, and she’s been writing about it on her blog in a way that is so touching I asked her to share it with you.

She ran her first race (ever!) on New Year’s Day.

These are her words.

On January 1st, 2013, I participated in the Calhoun’s New Year’s Day 5k. Just getting to the race site was a huge win – it was cold and rainy and I spent a good 15 minutes that morning trying to come up with a good reason not to go.

It was an amazing feeling to sign in and get my first ever race bib (number 449) and listen to the National Anthem before the race started. It dawned on me that this was the first time ever, that I had heard the anthem at a sporting event where I was a participant. Never in grade school, high school or college, but here, at age 48, I was participating in an actual sporting event. Despite the rain and the cold, I was thrilled.

Then the race started. In short order I ran through a puddle and felt the water fill my shoes. My calf and ankle quickly began to ache. I had started towards the back of the group of almost 800 participants but was still keenly aware of being passed by other runners and walkers.

I kept telling myself – “This is my race – I am not competing against anyone but me. My goal is to finish.”

Shortly after hitting the turn around point I found myself near a group of “20 something” girls who were walking the course in rain ponchos, laughing and having fun. I continued to walk briskly for a few minutes and then would jog as long as I could before going back to walking. When I started my jog, I found myself back in 3rd grade gym class as the “mean girls” decided to have some fun with me.

I won’t honor the words by typing them here – but let’s just say these young women thought it was amusing to make loud comments about my progress.

About that time, I saw two figures walking towards me. Two of my teammates, Bryan and Scott, had finished the race and come back, in the rain, to see me to the finish line. When I chided them about not having the sense to get out of the rain, their response was simple – they came back because that is what a team does. They stayed with me until I ran across the finish line.

So later that day, after I had a hot bath (complete with hot cocoa, compliments of the sweetest hubby in the world), I thought about the mean girls. About how, at first, their words stung – but only for a minute. I was honestly surprised that the next thing I felt was pity. How sad to think you have peaked at 20. To think you have no room to grow – and to feel the need to put down a woman (me ;) who is achieving things at 48 she couldn’t imagine at 20.

My New Years’ wish for those girls is the gumption to always strive to be better, a team to support them along the way and someone who loves them like my husband Kent loves me. 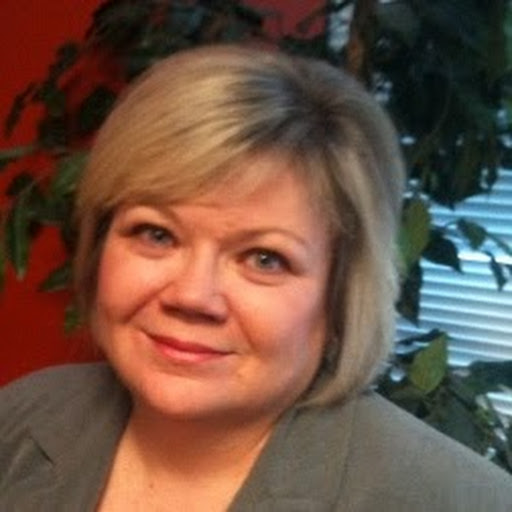 Kim Lauth is a gifted, caring and Courageous Woman whose work in the non-profit arena has always made a difference. Today, she’s the COO of the Girl Scout Council of the Southern Appalachians  Last year the council served almost 15,000 girls and 5000 adult volunteers in 46 counties in Tennessee, Georgia, and Virginia..

Life throws us all curve balls and we can get caught up in the daily grind. My message is, as long as you are breathing you can change. I may not ever be an elite athlete – but I can be a better version of me.

If you’d like to encourage Kim, tell her so by adding a note under this post on Facebook, or through your comments here. Courageous Women Support Courageous Women. And that’s a very good thing. :)